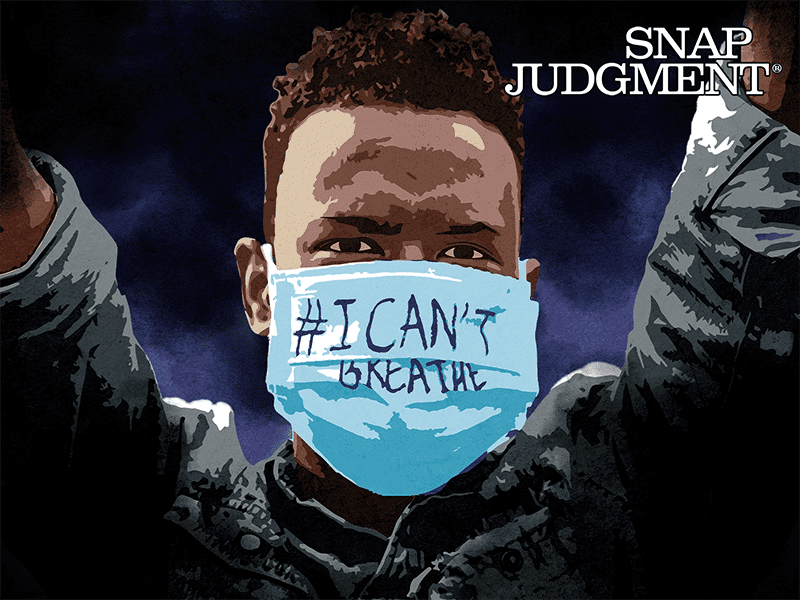 Glynn and his family protest in Oakland where thousands gather to scream light at our national darkness.

In 2012, Kari Brandenburg became the longest-serving district attorney in Bernalillo County, where Albuquerque sits. But at the start of her fourth term in office something big started to take hold of the county. Police shootings were at an all-time high and everyone was looking to Kari’s office for answers.

For more on what went down in Albuquerque, check out Jeff Proctor’s reporting for the Albuquerque Journal.

When Tariq “Black Thought” Trotter was mistakenly arrested at the airport, he learned that his fame could only get him so far.

Performed live by Tariq Trotter at the Brooklyn Academy of Music for Snap Judgment LIVE.

A reluctant young Boy Scout comes face to face with DRANO, and earns his merit badge in “reality.”

Shannon Cason is a writer, award-winning storyteller, and the host of the Shannon Cason’s Homemade Stories podcast and the In Good Co. Detroit podcast. Listen and subscribe!

We stand with the black community. We stand with our black listeners, storytellers, employees, creators, supporters, family, and friends. Please stay strong and stay safe as we write the next chapter of our collective history.

The beat doesn’t happen without YOU.
Support Snap storytelling…
stories you won’t hear anywhere else.